Victor Osimehn can’t stop scoring. He was once again on target for Lille Metropole in their loss to Olympique Marsaille.

With the goal, he has now scored 13 league goals and 18 in all competitions. The lanky Nigeria number 9 is also the third highest goal scorer in the France. Only Kylian Mbappe(16) and Wissem Ben Yedder (15) have scored more goals than him this season.

His great performance on Sunday has intensified Chelsea’s interest in him. The Blues see him as another Didier Drogba who can offer them goals. The recent interest from Barcelona and Real Madrid in the 35 million Euros rated striker means that Chelsea must fight tooth and nail to pull him away from France. 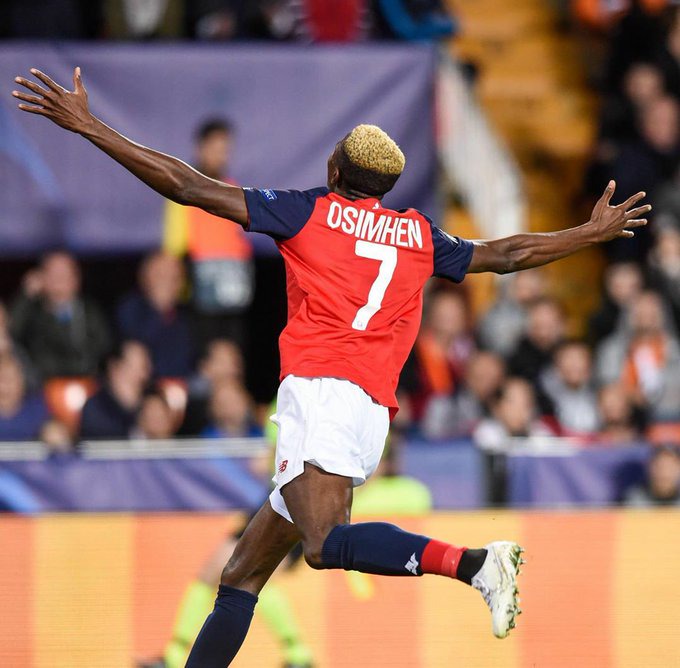 The player himself has said he is not in a hurry to leave Lille but he is opened to several possibilities in England and Spain. Chelsea fans however are craving for his additon into the team. They see him as an upgrade to their present options of Tammy Abraham and Olivier Giroud.

These fans, many on Twitter are begging Frank Lampard and the board to do everything within their power to bring Osimehn to the Stamford Bridge.

According to them, the next agenda of the club after signing Hakim Ziyech from Ajax last week is to get Osimehn.

At 21, he is regarded as Europe’s hottest property. According to sources in England, Liverpool were also very close in getting him in January. He has been also linked to Tottenham in the past.

The ball is now in the Blues court to start negotiations with Lille and complete the transfer of next season.

If Osimehn joins Chelsea, do you think he will be a huge success at the Stamford Bridge? Drop your comments and remember to also follow me.

Chelsea names player whon is to blame for Chelsea 2:0 defeat