2020 is just getting started and we have been seeing a lot of beefs and controversy and it not even up to a month into the new year. Davido who ever since he came into the entertainment industry, have always be in the news headline most times for dropping hits and also most of the times for controversy, from babymama drama to song thief or being rude.

The latest controversy to hit the afro pop star is that of peruzzi and his former boss, king Patrick. when patrick siad that opposite to popular knowledge that peruzzi is chioma davido fiance cousin, he his rather her lover. 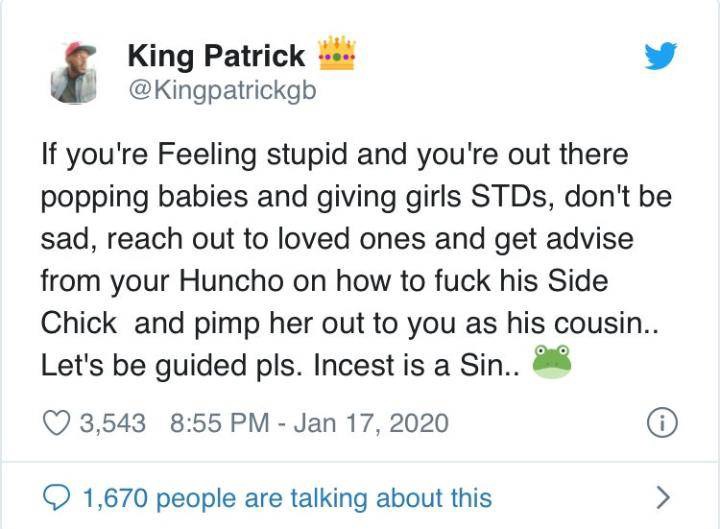 Davido is not letting any bad energy kill his vibes this year 2020.

Your Father Was A Traitor – Kayode Ogundamisi to Femi Fani-Kayode

Singer Rema finally reacts that he is dead